A native of Wiele, a passionate embroiderer, creator of souvenirs, ethnographer, curator and a teacher of nature and geography by profession.

He taught in Dąbrówka, Brda, Chojnice, Grudziądz and in exile in Belgium for a year.  He deepened his knowledge during self-study trips to Switzerland, Austria, Germany, Estonia, Finland and Sweden as well as several North African countries. The outbreak of

WWII interrupted his teaching career. He was interned and later, after getting out of prison, returned to Wiele where he spent the rest of the occupation as a partisan commander in the surrounding forests. When the war ended, he laid down his arms and returned to teaching in Grudziądz. There he taught until his retirement in 1954. Before the war, influenced by his sister's passion for embroidery, he himself started to embroider, initially hiding his hobby. Later, as a partisan commander he always had a needle, colorful thread and a piece of cloth near him.  He embroidered as long as his eyesight allowed, and over the years he managed to create over 600 embroidered works. These works often referred to historical contexts and were very detailed and usually full of small but highly ornate patterns. This elaborate and varied style has become known as his own school of embroidery. Although a bit forgotten today, his works definitely deserve attention owing to their uniqueness and the genius of their creator.

Leonard Brzeziński was not only a passionate embroiderer but also showed other artistic talents as well.  His deep love for Kashubian design through painting various objects for the souvenir industry was visible in his work including decorative or dance cards and self-made badges.  His later pictures depict more of this love for Kashubian design. He also experimented with horn-making and produced little boxes from bark.

His avid pursuit for Kashubian embroidery went hand in hand with his love for the region and the desire to preserve as much of it as possible from falling into oblivion. In order to do so, even as a young teacher he collected individual pieces of his beloved culture and any useful information about Kashubians.  Following his retirement, he undertook a much larger scale gathering. Supported by other ethnographers and the local population and despite many difficulties, he decided to open his own museum.

His dream came true on September 29th, 1971, when the Kashubian Museum in Wiele was founded with the help of Kashubian museologists and it was placed under the care of the Chojnice Branch of the Polish Tourist and Sightseeing Society.

The works of the embroiderer from Wiele became widely appreciated and received many awards in the past.  He "stole people's hearts" and won a gold medal for the first time at the Poznań Fair.  Mr. Brzeziński was also awarded with the merit medal for his activity in and around Gdańsk, for his cultural activism and for his care of national monuments.  He was posthumously given the Medal of Stolem, a legendary Kashubian titan.

The exhibition of the artist's works comes from his family’s and the Museum’s own collection. 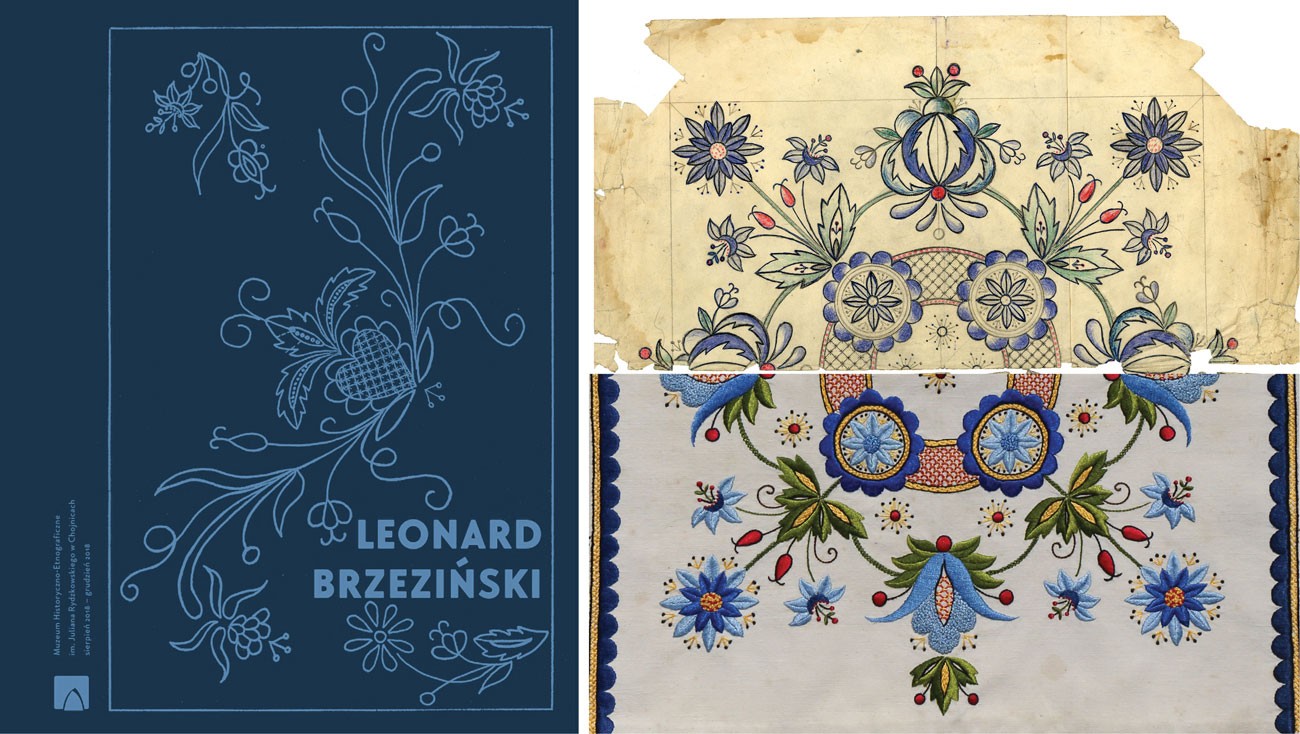 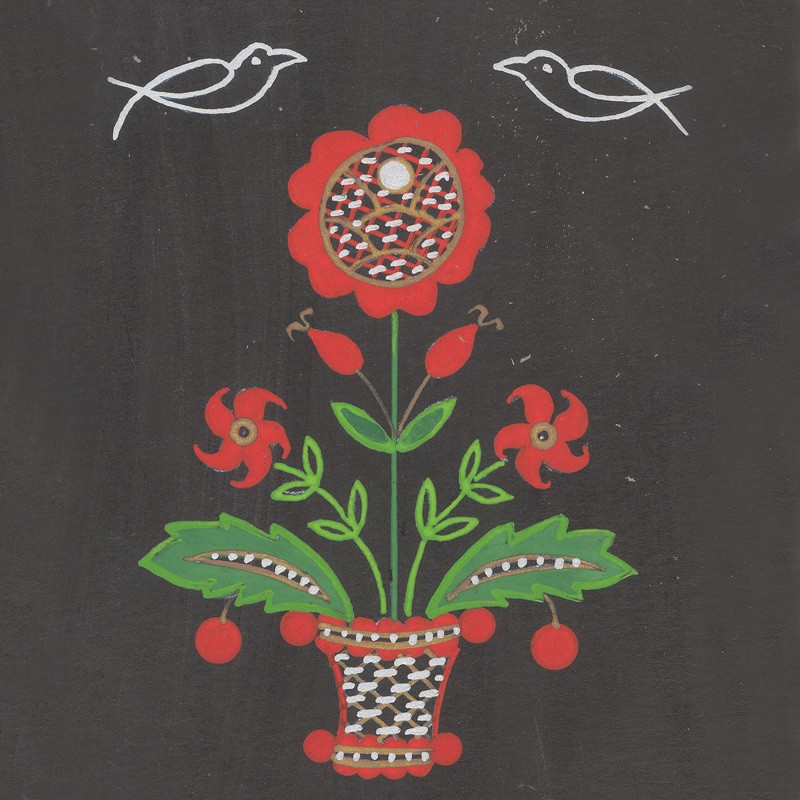 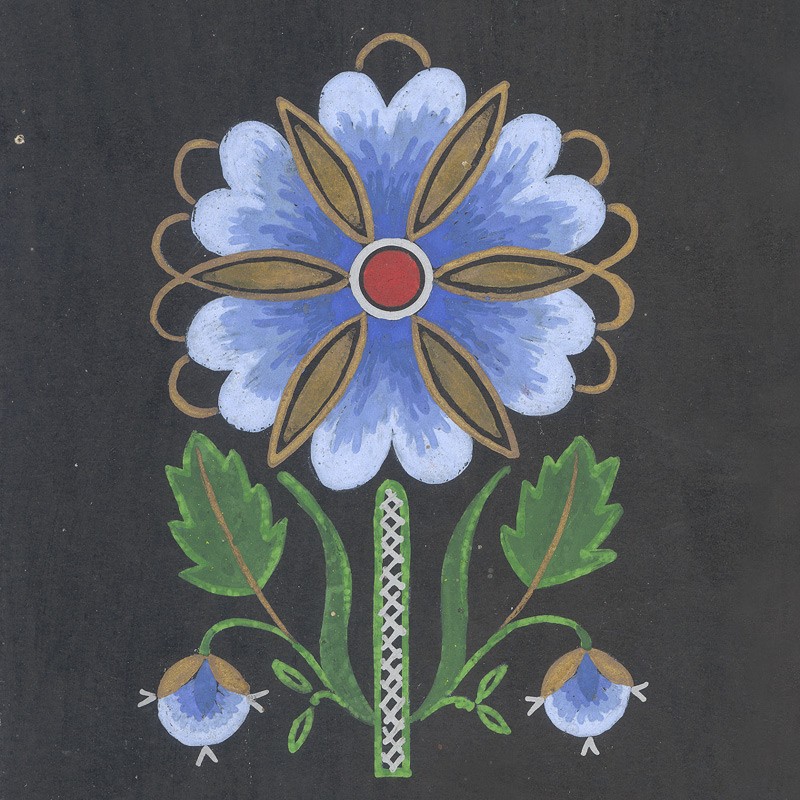 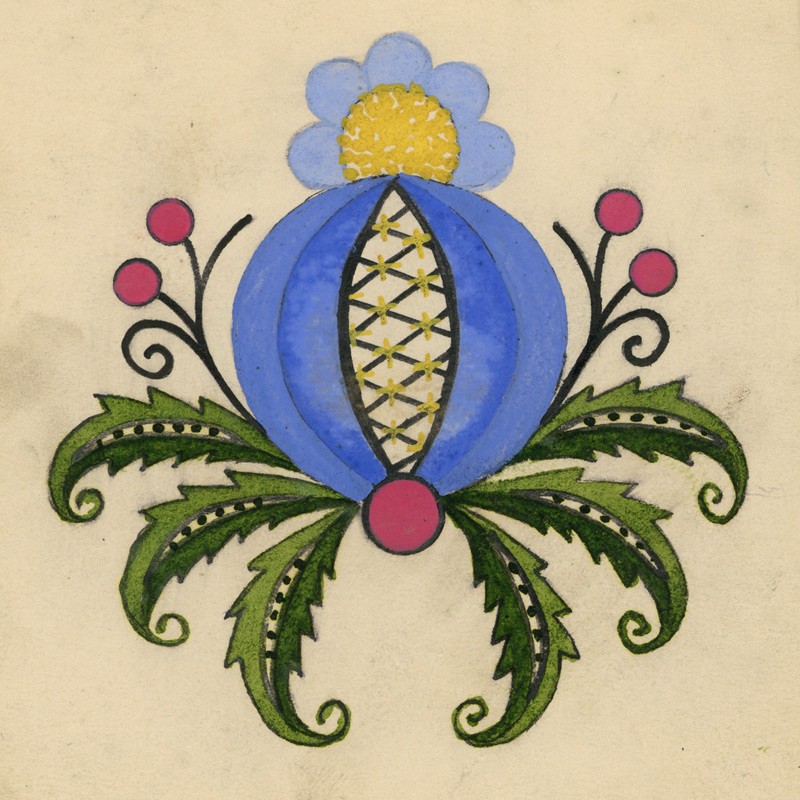 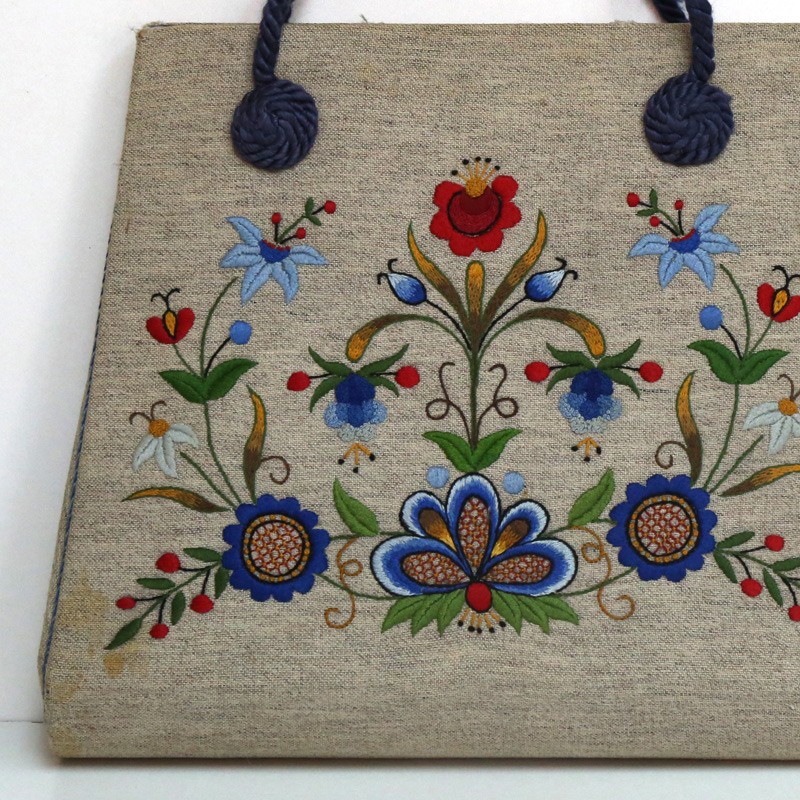 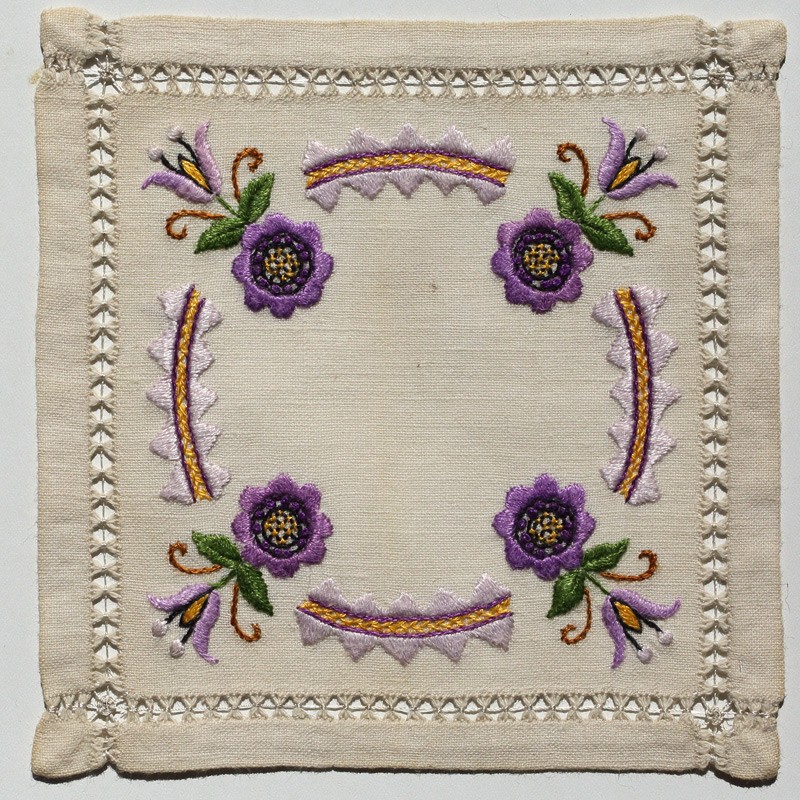 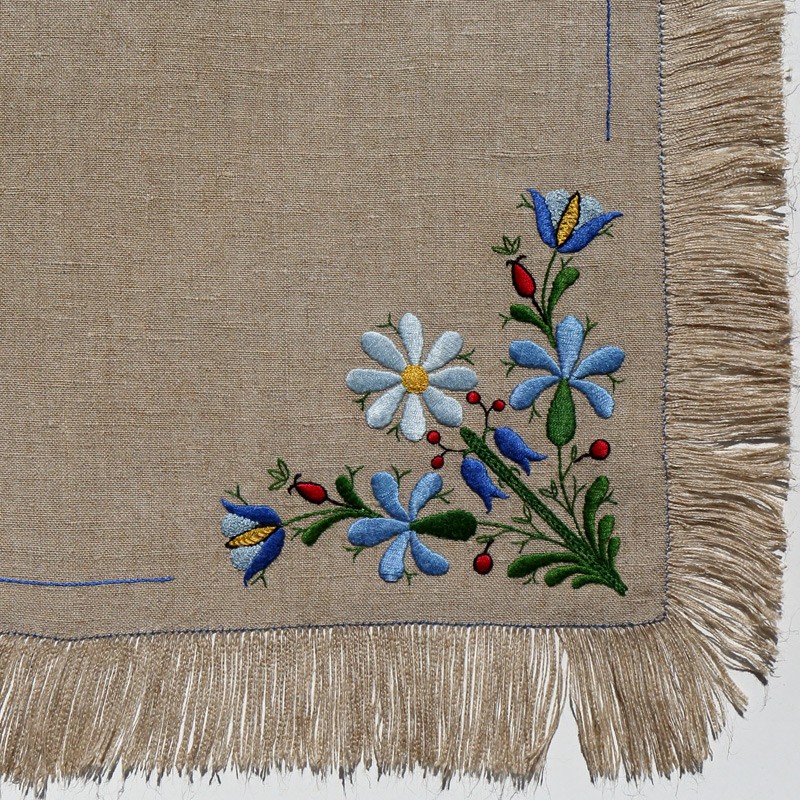 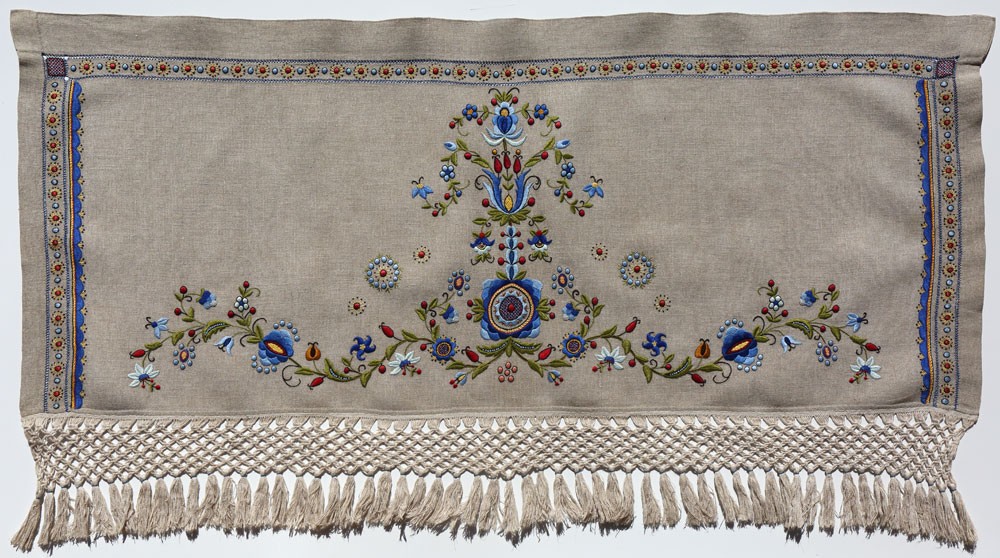 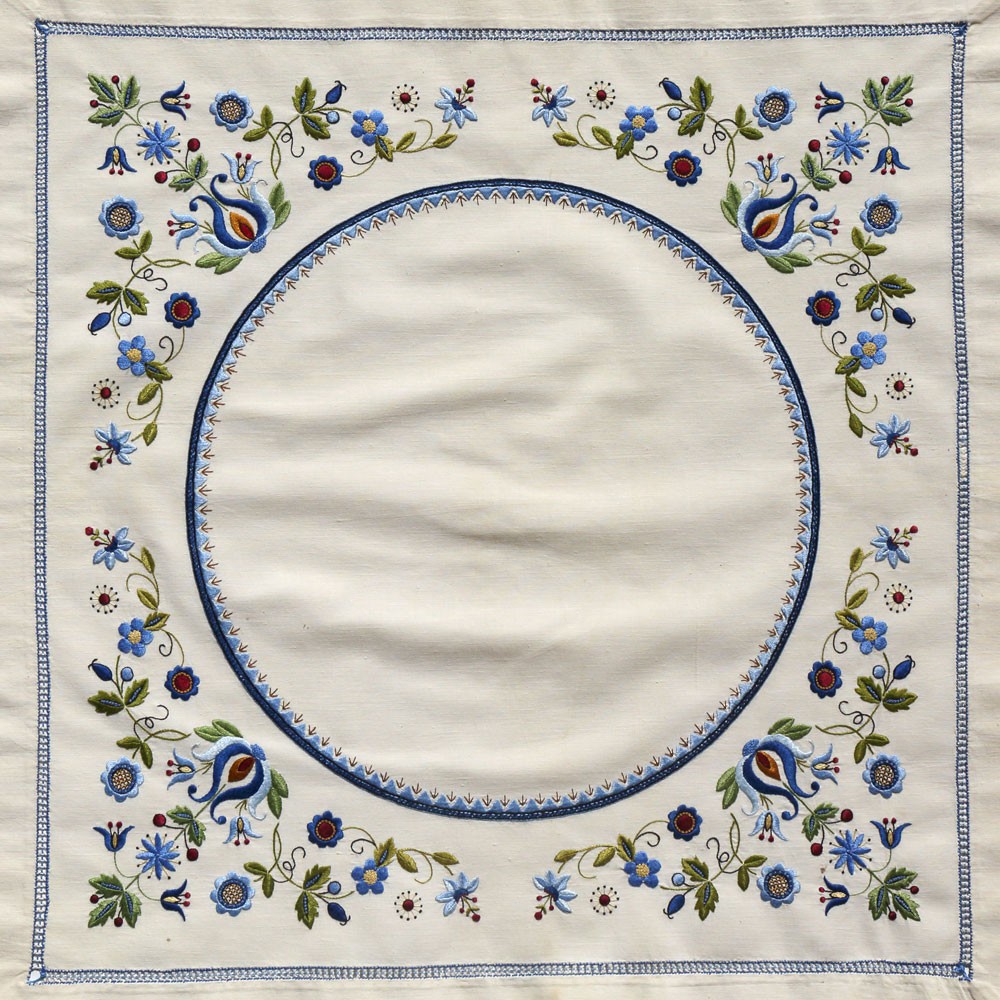